The College is privileged to have a board of Governors consisting of dedicated professionals who have a passion for the College, giving their time freely in providing strategy and ensuring that the leadership of the College is properly scrutinised in line with policies, procedures and legislation.

The Council of Dover College has a number of sub-committees that report to the council on the College’s work. These are as follows:

The Chairman of Governors is Michael Goodridge MBE. Michael was a pupil at Dover College. Recently retired as a lawyer and a deputy judge, Michael has been a Governor of various schools and colleges, most notably Godalming College where he served as Chairman and was subsequently awarded the MBE for services to further education. He has been a Waverley Borough Councillor since 1987, serving as Mayor of Waverley in 2001 – 2002, as well as serving on the Godalming Town Council from 1973 – 2007, and Town Mayor from 1987 – 1988. Michael is married to Hilary and, between them; they have four sons and eight grandchildren.

Members of the council

Adam Walliker is Chairman of the Education Committee. Adam was a pupil at St Edward’s, Oxford and went on to read Philosophy at Cambridge University. He holds an MBA in Educational Management and is engaged in postgraduate research in the Faculty of Education at the University of Winchester. Adam recently completed three years’ service on the national Finance Committee of the Independent Association of Prep Schools (IAPS), was an Official Subject Reviewer for the Independent Schools Examinations Board (ISEB), and has been a governor at several independent schools. He joined Dover College as a Governor and Council Member in 2017. Adam is the Headmaster of St. Edmund’s in Hindhead.

Karen Rogers RIBA, RSA is a member of the Nominations Committee and the Finance and General Purposed Committee. She has served as a Governor since 2008 and a Council member since 2014. She is an Old Dovorian and a qualified Architect who has 30 years’ experience on large mixed use schemes. Karen works at Ekkist, a company that specialise in the design and creation of buildings that focus on enhancing human health and well-being.

David Rolls is a member of the Nominations Committee. David has been a Governor and Council member since 2010. David is a retired executive from Marks & Spencer.

Nathan Harris is Chairman of the Finance & General Purposes Committee and the Audit Committee. He is also a trustee of the Scholarship & Prize Fund and has served as a Governor since 2013. Nathan is an Old Dovorian and is a Chartered Financial Planner who lives locally to the College. He is a Trustee of the Dover College Trust.

James Ryeland is the Vice-Chairman of the Council, Chairman of the Compliance & Risk Committee and a Trustee for the Scholarship & Prize Fund. James has been a Governor since 1997 and Council member since 1998. He is the Governor with responsibility for the Common Room and an Old Dovorian. James is an Honorary Consul of Denmark, Finland, France, The Netherlands and Sweden at Dover and a Joint Managing Director of George Hammond PLC. He is also a trustee of the Dover College Trust.

Dr. Claire Scholfield-Myersis a member of the Compliance & Risk Committee. Claire joined as a Governor and Council Member in 2017. Claire is a current parent of the College and a molecular cell biologist by training. She is currently the Vice-Chair at Kingsdown and Ringwould CEP School where she is the SEN Governor and Governor for Standards and Achievement and Leadership and Management. Claire is the Company Secretary for an Information Technology company.

Paul Tapsell is a member of the Education Committee and Safeguarding Governor. Paul has been a Governor since 2010 and a Council member since 2015. Paul is the Governor responsible for Safeguarding and for the Prep School including EYFS. His two children attended the College.

The Right Rev’d Trevor Willmott, is the Praeceptor, (formerly the Visitor). Bishop Trevor is also the Chairman of the Nominations Committee. He has been a Governor since 2010 when he was appointed to the Council. He resigned as a Governor in 2015 when he was appointed the College Visitor, latterly Praeceptor, in which role he serves on the Council as a non-Governor member.

Debbie Gispan is an Old Dovorian and has been a Governor and Council member since 2017. Debbie read Jewish History and Hebrew at UCL and later an MSc in International Business at the University of London. Debbie spent her initial working years in London in investment banking at Salomon Smith Barney and later at UBS. In 2014 she co-founded Panoba Ltd, a lifestyle concierge company that assists families from abroad with UK services with a key focus on education and boarding schools.

Dominic Spencer has been a Governor and Member of Council since January 2018. He is a member of the Education Committee and the Governor responsible for Individual Needs.  Dominic is the Deputy Head of Wellesley House School in Broadstairs.

Alex Baker is a member of the Finance and General Purposes Committee. Alex is a Chartered Accountant and a partner in a local firm of accountants and tax advisers. He was born and raised in South East Kent and is also a keen sportsman with key interests in football and cycling.

Ian Wright joined Dover College as Governor and Member of Council in 2019. He has had a very successful career in the NHS and was Director for all Mental Health Services in East Kent prior to his retirement. Ian loves most sports and is a very keen golfer.

Tim Cathcart joined Dover College as Governor and Member of Council in 2019.He is a Chartered Surveyor and is currently Chief Estates Officer for an historic Kent based charity, The Rochester Bridge Trust. Away from work, Tim has a keen interest in the agricultural and land based sector in Kent and was previously a Director of the Kent County Agricultural Society.  He is a member of the Lord Lieutenants Rural Advisory Committee, a Trustee of the Heart of Kent Hospice and member of the Rochester Cathedral Business Guild.

Other members of the governing body

Cdr Paul Brown RN (Retired) has been a Governor since 2014 and a Council member since 2015. He is a Marine Pilot for the Ports of Bideford and Dartmouth, also working as a Marine Consultant.

Richard Foxwell is the longest serving Governor, having been on the Governing Body since 1989. Richard is an Old Dovorian and a retired software specialist with a long history of varied association with the College acting as Treasurer of the Dover College War Memorial Trust and Endowment Fund and a Trustee of the Old Dovorian Trust. Richard is also Vice-President of the Old Dovorian Club, having in the past been Secretary for many years, then Chairman of the Committee and finally, President of the Club.

James Gatehouse is an Old Dovorian (School House 1976-81) and has served as a Governor since 2006. He is now Chairman of the Dover College Trust and the Prize and Scholarship Fund Trust, which both make significant annual grants to the College and are managed by third party fund managers. After retiring from the Army in 1996, as a Major in the Grenadier Guards, he then spent 17 years as a partner in a London-based stockbroker, looking after private clients and managing offices in the West End and City. He has returned to the military and is the Regimental Adjutant Grenadier Guards, based in Westminster.

John Sinclair has served as a Governor since 2007 and is an Old Dovorian. He is Vice-President of the Old Dovorian Club. He has had a varied career and life with a long history of involvement in College life. John is a keen yachtsman.

Roger Kagan is an Old Dovorian and Head of St Martin’s House in 1962. Roger embarked on a career in the International Freight Industry and is Chairman of two specialist freight consultancies. He sits on several Department for Transport Committees and has an interest in the Port of Dover and all Multimodal Security aspects. Roger is Chairman of the Old Dovorian Trust. He is a keen gardener and restorer of Victorian machinery. 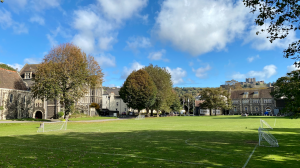 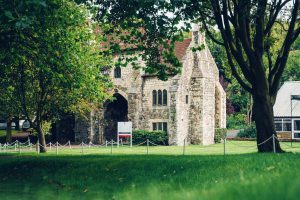 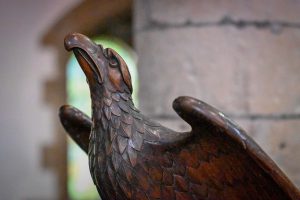